I can’t believe that a year has passed. It seems like yesterday when I was sitting at my computer, waiting to see if I had been selected. I was more than excited when I was selected and the fast and furious adventure began.

What a wonderful group of educators you are surrounded by in the Innovator program. I am amazed at our ideas and desire to make education better. If you follow the #GoogleEI hashtag on Twitter you will see the amazing group of people I have been honored to join.

I miss my #TOR16 group and wish we could see each other more! I hear other cohorts talk about their group members and now I completely understand the awe and respect they have for each other. This group is amazing!

My innovator project started as an idea to use Google Expeditions in the math classroom. With encouragement from my coaches, it morphed into an online repository of activities to Make Math Not Suck. The name, logo, and website design have gone through many iterations but I am so happy with the results. I love when other teachers send me a message telling me that the projects or questioning activities I’ve shared have helped them. This is what #GoogleEI is all about. Sharing your ideas with the world to make the world a better place. I’ve had the opportunity to share this information at Google Summits, conferences, and with schools. #GoogleEI opens so many doors so you can share more. I want to give a huge shout-out to Shaelynn Farnsworth, my amazing mentor. She has encouraged and challenged me and helped make my project better. I hope I can measure up to her when I become a mentor.

So… this is the end of my first year as a Google Innovator. I can’t say thank you enough for the experience, the opportunity, the challenge, the collaboration, the support, and most of all the family. I look forward to representing the #GoogleEI group with new ideas.

To my #TOR16 family… I wish we were all closer.  Our academy time together was amazing, and I love running into cohort members at different events.  I love to see everyone’s accomplishments and look forward to seeing how we continue to make education better.

If you are considering applying to be a Google for Education Innovator, GO FOR IT! This has been one of the best decisions of my life!

My Google Innovator project is ready to be released. Make Math Not Suck is a website where I will post questioning and activities to take the drudgery out of math class. I will still be posting here as well and sometimes they will be mirrored posts. I will also be taking submissions from others so I can include awesome activities that others do to make math better. Please visit and share with others.

This post has been in draft format for quite some time. Not because I didn’t have a lot to say (this post is crazy long) but because by writing it I feel like my Innovator Academy time comes to an end. I loved spending 3 days with people who share a similar vision and drive to make education better. We encouraged, supported & challenged (and continue to) each other and made connections and friendships that we can always call on. At the end of the 3 days I could say, “I am a Google Innovator,” but those words will never be able to describe the experience.

On the morning of Oct 5 I got up at 3:15 and headed to KCI. I had a connecting flight in Detroit, and that was the last stop where I had data. I was a little uneasy about landing in Toronto and making my way to the hotel. Luckily, Brian, a fellow innovator, had noticed that we were arriving around the same time and had arranged a ride with Andy, another innovator who lives just north of Toronto. Andy picked us up (after we figured out which terminal we were actually in) and drove us to downtown Toronto.

We arrived at the Hotel and got checked in. I was starving and thankfully Brian and Andy were willing to humor me and search for food. Andy was the only one with data (Brian and I could only use wifi) so he was directing us to a burger place. When we got there, a Poutinerie sign was behind it. We had talked about poutine in our GHO so, of course, we had to eat there. Andy messaged the group and more Innovators showed up. For a group of people who had never met before, we had conversations like we had been life long friends.

After a quick stop at a pop-up Luke’s coffee shop (thanks to Rachel), it was time to head back to the hotel so we could go to Google.

I wasn’t sure what to expect but I was very excited. When we arrived at Google, we were greeted with balloons and a table with name tags. We were early because we were all excited.

We all grabbed our name tags and were taken upstairs. After visiting with each other, our coaches and program managers introduced themselves and then our Canadian friends had a hilarious dance introduction for us.

We found our groups and headed to our BreakOut rooms. Our fearless coach was Jeff Humphries and since he planned the Breakout, we go to do it first. The JAMMRS (our group name) broke out, of course :-), and then we went to share our own personal Breakouts. This was one of my favorite times, getting to know our group members through their clues and stories. Andy and Marcus ended up having the same answer to two different riddles. It was an amazing moment.

We ate a terrific meal together and hung out on the balcony while we discussed our group cheer and song for graduation. Some decided to go out after we returned to the hotel, but I had been up since 3:15 so I CRASHED.

The next morning we met for breakfast and then hit the ground running. We had so many amazing Sparks and Sprints through out the day to motivate us, inspire us, and focus us with our Innovator project. Our coaches were fantastic as they each brought their own unique gifts with them. We had amazing team building activities that also had an application to our project. Juggling was one of my favorites even though I never mastered it.

We used more sticky notes that I could imagine thanks to Les McBeth and the design thinking process. It really helped me focus my thoughts for my project.

All of our coaches were amazing. It was great to meet and sketchnote with Sylvia Duckworth. Donnie Piercey made me laugh with his awkward muffins. Rafranz Davis helped me create my story and Sandra Chow gave me very helpful feedback on my project and encouraged me every day.  Jeff Humphries was the best group leader (maybe I’m a bit biased) and kept our slightly ADD group on track. I didn’t work much with Afzal, but he was an encouraging presence. Our group leaders, Michelle, Wendy, Mark & Becky, were funny and amazing and I loved getting to know them.

When it was over, I was exhausted, my brain hurt a little, and I was sad to be leaving this new family. We are still connecting through GHO and Slack. We are still encouraging each other. I have followed my new family on Instagram, Twitter, Snapchat, and G+. I know I can call on any of these people and they would help. I can’t wait to see how this fantastic group of people change the face of education and I am honored to be counted as one of them.

I AM A GOOGLE INNOVATOR!

I was chosen as a Google Innovator. I’m still in shock, super excited, and a little crazy getting plane tickets, hotel & expediting a passport (don’t let those suckers expire!)

I shared my vision video in a previous post. I’m so excited to be working on a project that will make math suck less (I was more eloquent in my project proposal!) I hope Twitter and blog readers are ready because I plan to take you along for the ride.

I’ll be in Toronto Oct 5-7 to meet our cohort. I can’t wait to collaborate with this amazing group of educators!

I need to give a huge shout out to some folks:

I just had visions of the Academy Awards: “I’d like to thank the Academy…” 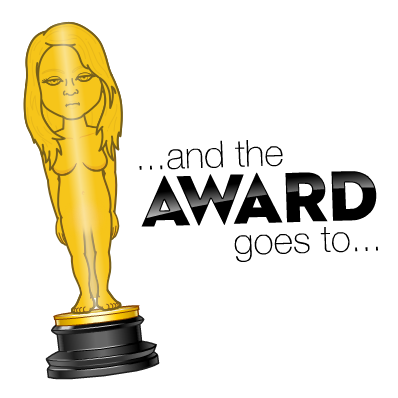 To say I’m excited would be a gross misrepresentation of my enthusiasm level. I can’t believe I get to do this and I know I will come out on the other end a better teacher.

I submitted my application today to be a Google Innovator. It’s been a goal of mine for a while now. My vision is to change how we teach using technology, to get away from the factory model of sit and get. Here’s my vision:

I want classrooms full of thinkers, collaborators, & risk-takers, who have an internal drive to learn, create, and contribute to the world, not robots who just follow instructions. The world wants innovation, so let’s send them students who have the skills to innovate.

250 characters is VERY challenging. I know the sentence is choppy but wow 250 characters! I hope the selection committee takes that into consideration!

My solution is to change how we teach math using Google Expedition and Google Sheets. I worked with Alice Keeler this summer and helped her create the first lesson about functions while climbing El Capitan. Then I began a second one. This one is based on an expedition to a Tanzanian manure farm while exploring rearranging formulas. The lesson is titled: This Lesson is Poop.

This isn’t the completed spreadsheet activity, but it’s a good start and will give you an idea about what the spreadsheet lessons will look like that will accompany the expedition.

Other than the expedition part (teacher guided), the lesson is student directed and self-paced. It allows the teacher to ask students individualized questions and guide their learning instead of direct instructing.

Make a copy of spreadsheet here.

I will be working with Alice to finish the spreadsheet in September. August was crazy busy and slowed my progress on it. I will post the final product here whether I get accepted or not. I think this type of math lesson is important and I will continue working on them when I can. I REALLY hope I am awarded one of the grants I’ve applied for so I can get a Google Expedition classroom set! Right now I don’t have the supplies to do this with my students.

I also had a lot of fun making the Video to go along with my application. I hope it conveys my message.