While at ISTE I sat in on a math mindset session. Kyle Pace (@kylepace) talked about using the motto WTF in his classroom. Now I teach high school, and I know WTF means something very different to my students than to Kyle’s. In his school it means Willing To Fail (your mind was in the same gutter with my students wasn’t it?) This is a phrase I’ve found myself adopting even though I’m still not comfortable with it.

See, failure has always had a negative connotation. Failure means that you’ve, well, FAILED. We don’t want our students to fail, we want them to succeed. In a recent Twitter chat, Brian Rozinsky (@brianrozinsky) challenged me on my thoughts about failure and sent me a link to this article by Alfie Kohn. Here is an excerpt from his article.

Thanks to its adjective, “productive failure” magically becomes a good thing by definition. (See also: “healthy competition.”) But the question is how likely it is that failure will be productive. And the answer is: Not very. The benefits of screwing up are wildly overrated. What’s most reliably associated with successful outcomes, it turns out, are prior experiences with success, not with failure. While there are exceptions, the most likely consequence of having failed at something is that children will come to see themselves as lacking competence.

While I don’t agree with all of what he says, what stuck with me was the idea that failure could be damaging, could frustrate students and make them want to quit. I’VE SEEN THIS. A student fails first semester so they quit trying second semester. A student has been a failure at math for 4 years and now they hate math and no longer feel they have the ability, nor do they have the desire to try.

So if “failure” is not what we want want to say, then maybe we just need to phrase it differently. Let’s look at the Michael Jordan failure quote:

Before all of the talk about failing forward, productive failure, WTF, I would have read this poster and called it PERSEVERANCE.

CONTINUED effort. I don’t think we should be focusing on failure. We should change our motto from WTF to the BIG P {keep your mind out of the gutter :-)}. When you think of perseverance, you think of success. It describes the journey to get there, which may have included some setbacks along the way a.k.a. failure.

We don’t want students putting the word failure in their vocabulary because we never want them to fail, we want them to persevere. That’s why I use Carol Dweck’s “Not yet” in my class. I show my students the video and we talk about what it means. I want them to see how they can be successful, how they can overcome obstacles, how they can persevere and learn, not fail.

So maybe it is just semantics (does anyone else always think of Lethal Weapon every time they say that word? “I’m up for some antics”-Martin Riggs). Maybe Kyle’s WTF really means willing to take risks and failing forward really means perseverance. Or maybe it’s just the educational door revolving. 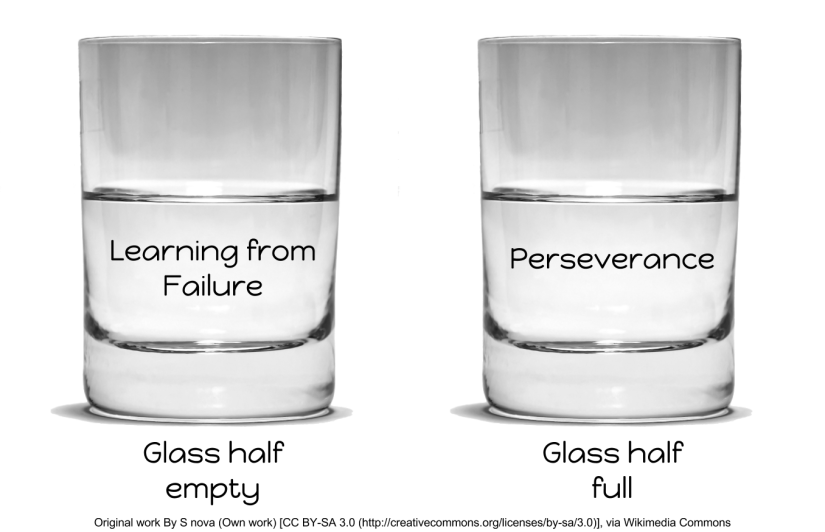 The conclusion I’ve come to is that I don’t want to discuss failure in my classroom. I want to discuss perseverance and success because this is what students should experience. Our class motto for this year will be the BIG P!

View all posts by Mandi